The well-known German extreme mountaineer Robert Jasper, born in 1968, grew up in the Black Forest. From an early age, he started climbing near his home in the Schlüchttal and in the nearby Basle Jura, (Switzerland). Today, Robert Jasper is one of the world’s leading extreme mountaineers and gained fame as an alpine decathlete. Above all, however, it is in the extreme alpine area, mixed terrain and ice that he sets new international benchmarks.

His special passion is for solo climbing – his way of getting to know himself as well as discovering the beauty of the mountains. At barely 20 years old, Robert Jasper had solo-climbed more than 100 of the most difficult routes in the north face of the Alps, some of which had never been climbed before. He caused a public furore in 1991 when he climbed the three largest north faces in the Alps (Eiger, Matterhorn and Grandes Jorasses) in record time in the space of a year. In 2003, Robert Jasper was voted the world’s most successful mixed climber by the German language climbing magazine ‘Klettern’.

Today, his expeditions take him to the most remote mountains in the world, around Everest in the Himalayas and in Patagonia, where he completed the fastest ascent of the famous Cerro Torre mountain. In Alaska, he climbed the Denali (Mt. McKinley) twice, using different routes, in just four days.

The well-known backdrop of the north face of the Eiger was the filming location for the IMAX movie production ‘The Alps’, in which Robert Jasper was involved as one of the leading actors. The film premiere was in spring 2007. Robert Jasper is currently working on a book about his experiences and adventures in the world’s mountains, especially the north face of the Eiger, where he continually sets new standards.

Robert Jasper is well known from

In 2005, Robert Jasper was nominated for the Piolet d’Or, the ‘Alpinism Oscar,’ for his outstanding achievement when climbing the north face of the Cerro Murallon in Patagonia’s inland ice field by a new route known as ‘Gone with the wind.’" 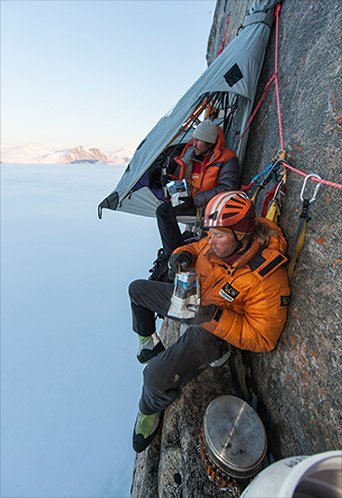 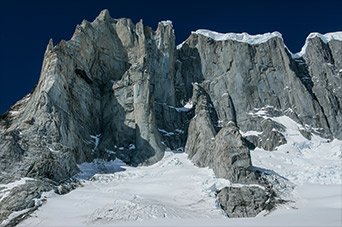